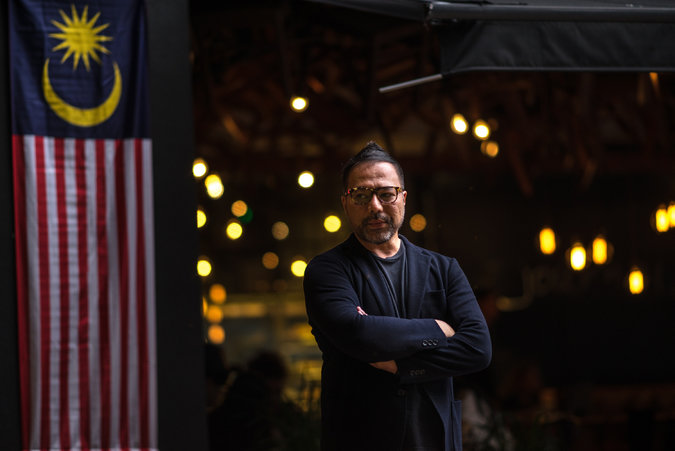 PENANG, Malaysia — Since reports first surfaced alleging that hundreds of millions of dollars had been transferred into the personal accounts of the Malaysian prime minister, investigations into the scandal have met stiff government resistance.

Now they are on life support.

Investigators have been sidelined, the publications of a crusading news organization have been suspended, and a deputy prime minister who asked too many questions was fired.

Faced with what they see as stonewalling at home, opponents of Prime Minister Najib Razak, some from within his own party, are going global, prodding foreign governments and agencies to investigate allegations of graft and money laundering they say are related to the case.

Some international inquiries have already begun.

The Swiss authorities have opened an investigation into assets linked to a sovereign wealth fund that Mr. Najib leads. The Hong Kong police say they are looking into deposits made at a branch of a Swiss bank there. And a state investment fund in the United Arab Emirates is reportedly seeking clarification over a debt payment of more than a billion dollars that was promised by the sovereign wealth fund but may not have been delivered.

John Pang, a senior fellow at the S. Rajaratnam School of International Studies in Singapore, says moves by foreign law enforcement agencies could create pressure for more robust Malaysian investigations, which he describes as verging on moribund.

“I don’t think that anyone thinks international efforts will unseat Najib alone,” Mr. Pang said. “The hope is that they will embolden, support or fortify the investigative efforts at home.”

Toward that end, a relatively junior member of Mr. Najib’s party, Khairuddin Abu Hassan, has been touring the globe, dropping off documents at the offices of law enforcement agencies.

“This is the biggest financial scandal we’ve ever had in our country,” Mr. Khairuddin said in an interview in Penang last week. “But those who are involved in the investigation of this case are being arrested and questioned by the police.”

Mr. Khairuddin seems to have the backing of influential politicians and disgruntled officials.

In what he calls a “road show” for justice, he has traveled to Switzerland, Britain, France, Hong Kong and Singapore over the past three months to deliver packets of information related to the sovereign wealth fund at the center of the scandal. The fund, called 1Malaysia Development Berhad, or 1MDB, is chaired by Mr. Najib.

Mr. Najib’s critics say the fund has lost large sums of money and taken on expensive debt. The government has struggled to explain the spaghetti-like complexity of its financial transactions across the globe, including funds held in offshore tax havens. The most explosive revelation was the nearly $700 million transferred to Mr. Najib in 2013 from entities reported to be linked to 1MDB.

Mr. Najib has denied wrongdoing, saying he had “never taken funds for personal gain,” but has not specifically explained where the money came from.

Mr. Khairuddin declined to specify who is assisting him in his investigative efforts, but many in Malaysia suspect that he is being fed tips and documents by a range of people unhappy with Mr. Najib, including Mahathir Mohamad, a former Malaysian prime minister waging a campaign to unseat Mr. Najib.

In his road show, Mr. Khairuddin is sometimes accompanied by his lawyer, Matthias Chang, a former senior adviser to Mr. Mahathir. Mr. Chang traveled to Bern, the Swiss capital, with Mr. Khairuddin in August, and they dropped off documents pertaining to money laundering at the attorney general’s office there, the two men said.

The Swiss investigation, which was underway before the pair visited, is moving forward.

Last week, the Swiss authorities said they had frozen tens of millions of dollars in Swiss accounts related to the case. They are seeking the cooperation of the Malaysian authorities, a spokeswoman for the attorney general’s office said.

In Hong Kong, Mr. Khairuddin filed a police report accompanied by a photograph of a document that he says contains Mr. Najib’s handwritten notations indicating that 1.125 billion Malaysian ringgit, about $260 million, was transferred into Credit Suisse accounts in the city. The documents list four companies as the beneficiaries of the accounts, but Mr. Khairuddin said Mr. Najib had signatory powers over them.

He said the photo came from an “insider” in Mr. Najib’s circle who is now disenchanted.

“The Prime Minister does not control any Credit Suisse bank accounts in Hong Kong, whether in his name or the name of the companies mentioned,” the government said in a statement emailed to The New York Times. “This latest bid to smear and criminalize the prime minister via Dr. Mahathir’s discredited henchman Khairuddin Abu Hassan is the most desperate yet,” the statement said. “It will fail, because the allegations are false.”

Credit Suisse declined to comment on the matter. The Hong Kong police said an investigation was underway and confirmed they had received information about “some bank deposits.”

In a purge that stunned the nation in late July, Mr. Najib removed the attorney general and fired several cabinet ministers, including the deputy prime minister, who had publicly raised questions about the issue. A parliamentary committee investigating the fund was gutted when Mr. Najib promoted vital members to more senior posts in the government.

In August, the government disbanded a task force investigating 1MDB. And the deputy head of the powerful Special Branch of the police was removed from his post, a move he attributed to his insistence that the investigation into the sovereign wealth fund be “conducted transparently.”

The Malaysian authorities have also frozen the accounts of Mr. Khairuddin using a law that seeks to prevent money laundering and the financing of terrorism. The notice served to Mr. Khairuddin did not elaborate on the allegations against him.

Mr. Najib’s government also has a high degree of control over the police, the bureaucracy and the news media.

One of the leading sources of leaks and information on the scandal has been The Sarawak Report, a website based in Britain beyond the government’s reach. The government sought an international arrest warrant for the website’s founder, Clare Rewcastle-Brown, but Interpol, the international police agency, rejected the request. In July, the government blocked access to The Sarawak Report in Malaysia, but bulletins are widely circulated over social media.

It was The Sarawak Report, along with The Wall Street Journal, that first reported the transfer of nearly $700 million into what were believed to be Mr. Najib’s accounts.

The government’s anticorruption commission, in its investigation,confirmed that the money had gone into Mr. Najib’s accounts, but said that it had come from an unidentified donor in the Middle East, not 1MDB.

Mr. Pang, the expert in Malaysian politics, says the international investigations are warranted.

“Massive sums of Malaysian public money have been moved around the world and hundreds of millions have gone inexplicably into the private accounts of individuals,” he said. “It says something about the state of global financial oversight that no red flags were raised, or that if they were, nothing has been done about it until now.”