BIG demonstrations planned to take place in Malaysia’s cities on August 29th and 30th—only one of many difficulties facing its prime minister, Najib Razak—are earning the country of 30m attention. Formed in 1963 from a confection of sultanates previously under British rule, Malaysia sits at the heart of South-East Asia, split into two parts either side of the South China Sea. A peninsula bordering Thailand is home to most of its people; the states of Sabah and Sarawak, meanwhile, perch on the north coast of the island of Borneo.

GDP per capita of around $11,000 ($25,000 at purchasing power parity) makes Malaysians the third-richest in their region, behind only the small countries of Singapore and Brunei. A little over half of them are ethnic-Malay Muslims; they—along with assorted other indigenes—make up the two-thirds of citizens whom the Malaysian government classes as bumiputra, or “sons of the soil”. The next largest ethnic group are Chinese Malaysians, who account for about a quarter of its citizens, followed by ethnic-Indians (about 7%). This multiculturalism makes Malaysia a zingy and colourful place. On the whole society is harmonious and, at least in the cities, well integrated, with English used as a common tongue. 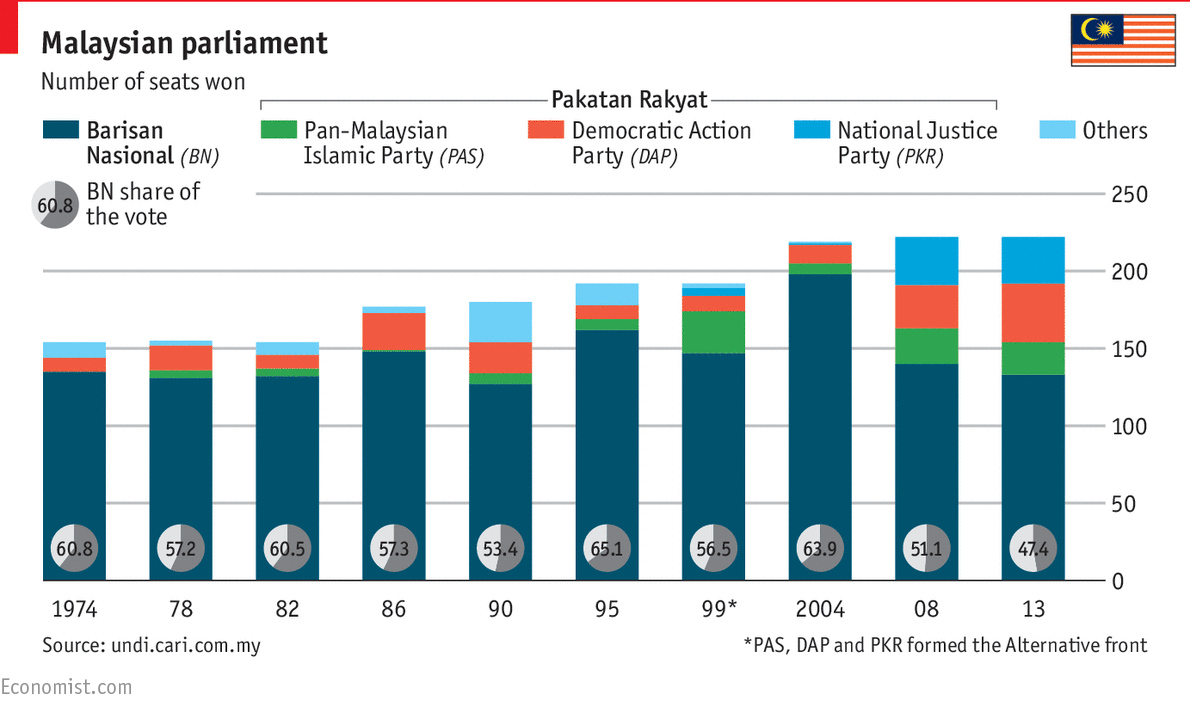 The same can not be said of its politics, alas, which largely divides along ethnic lines. Malaysia’s dominant party is the United Malays National Organisation (UMNO), a moderately-Muslim outfit which many Malays trust to defend racial laws that give them a leg up over their ethnic-Chinese and ethnic-Indian compatriots. Coalitions led by UMNO have held power since independence in 1957, but lately have lost ground to a multi-ethnic coalition called Pakatan Rakyat, founded by Anwar Ibrahim–a former UMNO star dumped from the party in the late 90s after challenging for its leadership. At the most recent polls in 2013, the three parties in Pakatan won the popular vote for the first time, but failed to capture enough seats to take power from Barisan Nasional, the grouping led by UMNO. 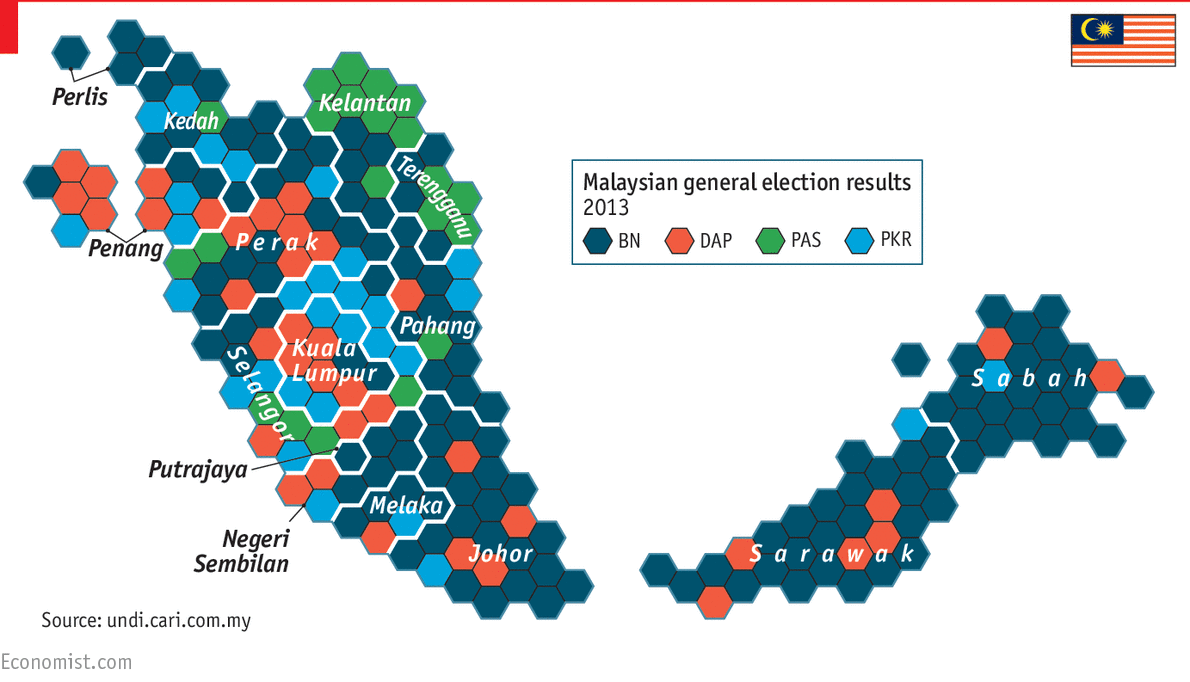 Since then Malaysian politics has looked less stable, and more poisonous, than it has for decades. Some in UMNO think the party should stand by Mr Najib; others want to ditch him, for fear he will lead them to their first ever electoral defeat at elections in three years’ time. UMNO looks ever less inclined to reign in Malay-chauvinists on its fringes, and more tempted to harry its opponents through the courts. In February Mr Anwar was jailed, for the second time, on an iffy sodomy charge. In his absence the opposition coalition, which was always fractious, looks to have torn itself apart.

All this is happening at a tricky time for Malaysia’s economy. Though the country is growing less dependent on its big oil reserves, low prices for hydrocarbons (and for other commodities, such as palm oil) have hit it hard. The value of its currency, the ringgit, has plummeted by nearly 17% since January; foreign investors are selling its stocks. Neighbouring economies, such as Indonesia’s, are also troubled, but Malaysia will find it more difficult to bounce back while its politics look so unsettled. 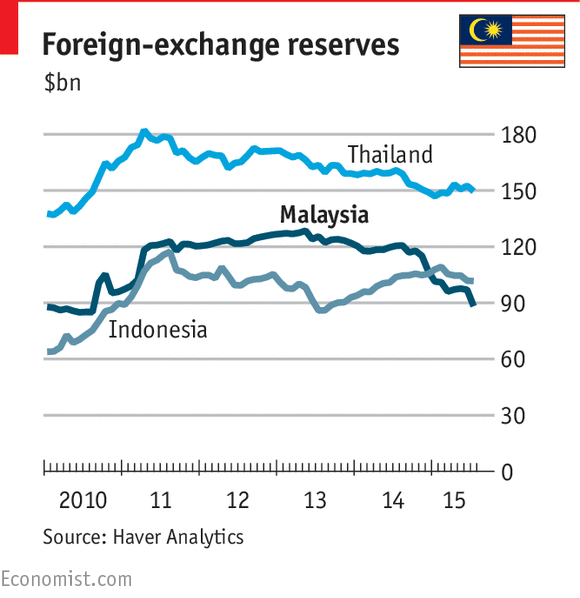 Malaysia’s leaders are adamant that its economy will outgrow the league of “middle-income” nations by 2020. But its long-term economic prospects depend on some unpopular reforms—not least to the discriminatory laws that guarantee bumiputra goodies, including reserved university places and the right to own a portion of shares in quoted companies. These were supposed to narrow inequality between Malays and their wealthier ethnic-Chinese compatriots, following race riots in the 1960s. But today they are not doing much for the poorest while promoting a brain-drain of dynamic Malaysian Indians and Chinese. Mr Najib had seemed prepared to reconsider those policies, when he took office in 2009. But that all seems a long time ago.