Software Engineer Quits Job to Travel Around Globe After Investing $3,000 in Bitcoin

The recent meteoric rise of Bitcoin and other cryptocurrencies has led to the appearance of some unlikely millionaires.

A recent interview by Forbes magazine shows just how powerful Bitcoin has been over the course of the past decade for those who invested early.

Below is a republished excerpt of the interview article on the mysterious “Mr. Smith” written by Jordan Bishop:

“Last month, I found myself sitting next to a multimillionaire in the 56th-floor Horizon Club Lounge of the Island Shangri-La Hong Kong. He made no attempt to hide the fact that he was swimming in cash; I just wouldn’t have guessed he had made it all from Bitcoin. This is how he did it.

Mr. Smith—who asked me to conceal his real name—has been traveling the world in ultra-luxurious lifestyle for the past four years.

He only flies first class, stays exclusively in 5-star suites, and hasn’t cooked since Thanksgiving. In the past thirty days he’s visited Singapore, New York City, Las Vegas, Monaco, Moscow, back to New York City, Zurich and now Hong Kong. “Never a dull moment,” he says, lifting his glass of champagne in a Gatsby-esque salute. Then he shared his story.

After finishing college in 2008, Smith landed a respectable job as a software engineer for a large technology company in Silicon Valley. He was a good employee, close with many of his co-workers. It was through one of these “equally geeky” friends in July 2010 that Smith first heard about Bitcoin, shortly after its first major price increase, when the cryptocurrency appreciated tenfold from $0.008 to $0.08 over the course of five days.

Smith’s response, though intrigued, was measured: “That price jump really got my attention, but I still waited a few more months before investing. I wanted to learn more about the underlying technology first.”

He paid just over $0.15 per Bitcoin, giving him slightly under 20,000. At the time, expecting any sort of return was a moonshot; even in Silicon Valley, simply mentioning “Bitcoin” was enough to raise eyebrows.

The cryptocurrency hummed along fairly quietly, and though Smith would check on the price every couple of months, he assures, “I knew from the very start that I was playing the long game. I wanted to see how high it could go.” 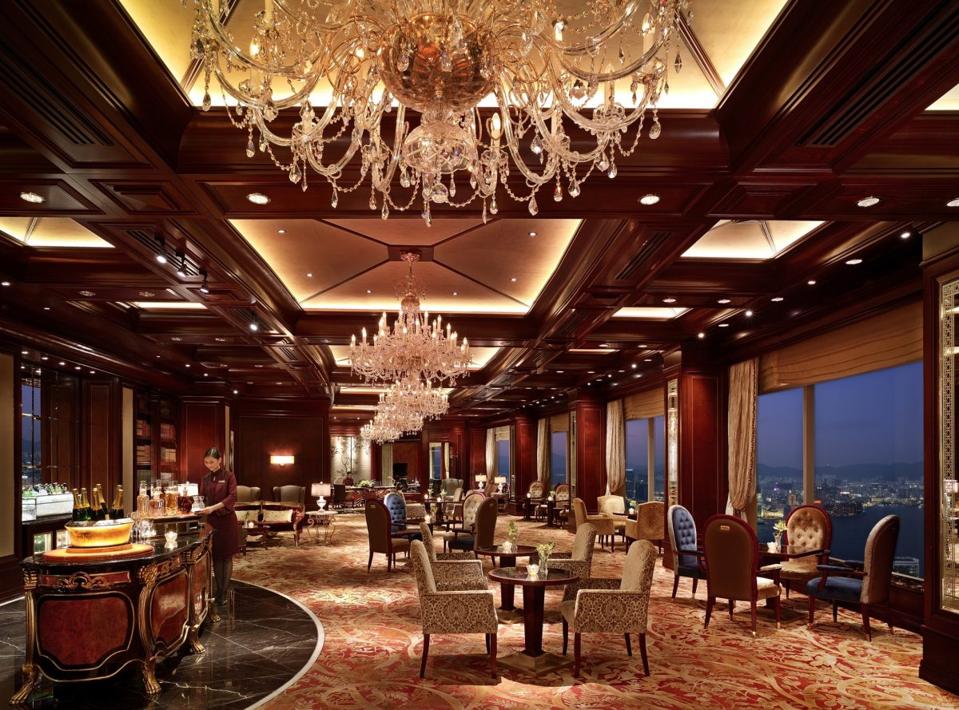 This is where I met Mr. Smith, at the Island Shangri-La Hong Kong Horizon Club Lounge.

For the next three years, Smith worked his day job and largely forgot about his investment, until Bitcoin’s price leaps started making more mainstream news in 2013. “I couldn’t believe how quickly it was appreciating,” says Smith, speaking very quickly now. “It started rising by 10% or more every day. I was nervous, and excited, and terrified and confused all at the same time.”

When the price hit $350, more than two thousand times what he paid for it, Smith sold 2,000 of his early stock; when the price hit $800 just days later, he sold 2,000 more. Just like that, Smith had landed upon a windfall of $2.3 million. “It was absolutely insane,” he says. “I quit my job and left on a round-the-world trip the following week.”

Just then, Smith’s girlfriend—a London-based photographer who accompanies him on about half of his travels—joined us. “He’s constantly talking about Bitcoin,” she said, shaking her head. “If he starts talking about it, he’ll never stop. Ever.” We’d been on the topic for over an hour at this point, but my curiosity was far from satiated.

I urged Smith to show me some proof to back up his claims; after all, he could just be a smooth talker with some family money to vaunt. After going through several rounds of security checks on his iPhone and requesting that I hand him my phone at the same time—“NFC scares me more than it should”—he turned it to me with his Bitcoin wallet exposed. Lo and behold, I saw what he had promised: a balance of 1,000.00 BTC, worth $2.6 million as of this writing. Everything checked out: here was a man who had truly become filthy rich from Bitcoin, the proverbial Bitcoin millionaire.

Smith walked me through a series of recent selloffs because, as he says, excessive speculation has pushed the price to an unsustainably high level.

It was clear that he had a lot of thoughts on the notion of a current price bubble, but I decided to push for what I was really curious about instead: how much has he profited from Bitcoin overall?

The answer came without any hint of hesitation or arrogance.

$25 million from an initial investment of $3,000—those are the sort of returns that make a Bitcoin millionaire. Of course, Smith still owns 1,000 Bitcoins, which he plans to sell, “When the price reaches $150,000,” a millionfold appreciation from his original buy-in price. “I really do think it will get there, he says confidently, “But a lot of governments and companies will have to be on board, first. No amount of speculation in the world will push it that high.”

When I ask Smith why he chose to sell when he did, and whether he’ll feel remorse if the price jumps tenfold again, he shakes his head. “I have everything I’ve ever dreamed of now. I fly all over the world visiting friends, I do whatever I want with my time and I never have to worry about money for the rest of my life. I’d be an absolute fool not to cash out now.”

Smith is the epitome of new money, a millennial millionaire with no reservations about flaunting his wealth. It’s been four years since he left his regular life in Silicon Valley behind, and in that span he’s been traveling non-stop. Even still, I have a strong feeling that whether he’s got millions in the bank or not, Smith will never find himself without a place to sleep.

If you can bring entertainment to people’s lives, you become special. And once you’ve built up that level of social capital, no matter how much money you have, you can always rest easy knowing friends will invite you over, serve you dinner and sit down on a couch to listen to your stories.”

The interviewee, a former software engineer in Silicon Valley, asked to remain nameless. However, he did explain that he started purchasing Bitcoin in 2010 after doing some research.

He decided that the purchase should be sizable enough to provide some real upside, should Bitcoin ever increase in value, and so he bought $3,000 worth, or, at the time, 20,000.

When the Bitcoin price really started to jump, he made his first sale of 1,000 Bitcoin, netting him $2.6 mln. Since then, he’s quit his day job and now travels the world, flying first class and staying only in five-star resorts.

After explaining his multiple sell-offs, and the $25 mln in profits he’s realized thus far, he explained that he sees Bitcoin values at $150,000 in the long term. “I really do think it will get there,” he says confidently, “But a lot of governments and companies will have to be on board, first. No amount of speculation in the world will push it that high.”

How Learning About Blockchain Can Help Your Future